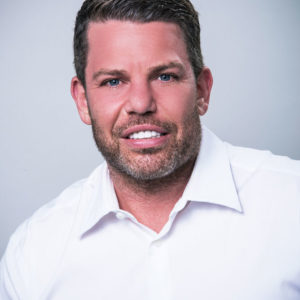 As the founder and Chief Executive Officer of The Siegel Group, Siegel oversees the daily operations of the company and all affiliates, and is responsible for identifying additional real estate and business development opportunities. A consummate entrepreneur and self-made businessman, Siegel began his business endeavors at a very young age, having few resources, but driven by a passion to succeed. Throughout his distinguished career, Siegel has consistently demonstrated his proficiency and success in identifying, acquiring, launching, operating, repositioning, and selling new and existing businesses and real estate ventures.

Siegel’s experience in the successful repositioning of underperforming businesses began at the age of 19, when he purchased his first piece of real estate and opened a one-bay mechanical auto repair shop. Siegel later repositioned the business as an automotive collision center, driving annual sales to over $2 million. Having exponentially increased the value of the business, Siegel sold it at a tremendous profit and utilized the proceeds to acquire a majority interest in a struggling manufacturer of children’s upholstered furniture. He then aggressively expanded the company’s operations through new strategic partnerships and sales channels and added valuable licensing rights for well-known brands such as Nickelodeon’s Blue’s Clues, Mattel’s Barbie, Pokémon and Betty Boop. As a result, within a short period of time, the company’s product line was picked up by several national retailers including Sears, Target, JCPenney and Toys-R-US, allowing Siegel to increase the company’s workforce from 10 people to 500 producing product 24-hours a day. Siegel’s next venture included acquiring and successfully repositioning another automotive collision repair shop, saving it from bankruptcy by establishing exclusive partnerships with some of Southern California’s largest car dealerships and insurance companies and expanding its operations into multiple locations. Meanwhile, Siegel began to invest in distressed multi-family and retail properties in the Los Angeles market which he renovated, stabilized and sold.

In 2004, as prices in Los Angeles continued to increase, Siegel turned his attention to the Las Vegas market, where he began identifying and acquiring distressed apartment assets located on prime real estate. He renovated these distressed assets, and then either sold them for a profit, or repositioned them as part of the newly-created “Siegel Suites” concept – a brand of flexible-stay apartments particularly well-suited to the working-class population. Since then, Siegel Suites has become the dominant provider of flexible-stay residential accommodations with numerous locations in Southern/Northern Nevada and a rapidly growing portfolio throughout the South West. While cultivating and growing the Siegel Suites brand, Siegel continued to add to his Las Vegas and Nevada real estate portfolio by acquiring boutique hotels, hotel-casinos, office complexes and retail developments.

Whether he is acquiring an underperforming business, building a business from the ground up, or purchasing distressed property, Siegel understands that hard work, great management, and a comprehensive entry and exit strategy are fundamental to maximizing the potential value of any asset. To ensure the proper implementation and execution of these business principals, Siegel maintains personal oversight of a strong management team, a workforce exceeding one thousand employees, and the daily operations of The Siegel Group and all affiliated entities.

Siegel’s proven track record revitalizing blighted properties and creating jobs and affordable housing options has been recognized by the City of Las Vegas, Mayor Pro Tem Gary Reese, and former Mayor Oscar Goodman, who presented Siegel with March 2009’s Citizen of the Month Award in recognition of Siegel’s many successful redevelopment projects in Las Vegas and Siegel’s continued support of the City and its revitalization efforts. Siegel’s focus on improving properties and cleaning up the surrounding areas has resulted in safer neighborhoods and the creation of numerous jobs for Las Vegas residents in a variety of industries. Like other entrepreneurial pioneers, he plans to aggressively expand his holdings by pursuing under-valued real estate assets that provide an opportunity to create value and expand his operations.

← Back to Our Story