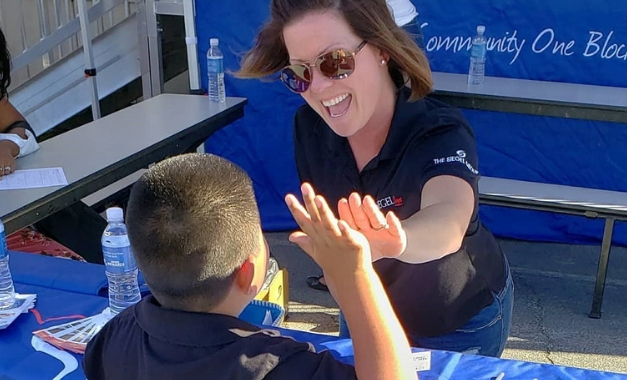 The Fall Harvest Festival, on September 13th, was a fun day for Siegel Cares. The event was put on with by commissioner Marilyn Kirkpatrick, who spearheads the Pathway from Poverty program, and included two Las Vegas elementary schools and multiple vendors. Siegel Cares served up hot dogs and other vendors provided information on nutrition, heal.. read more → 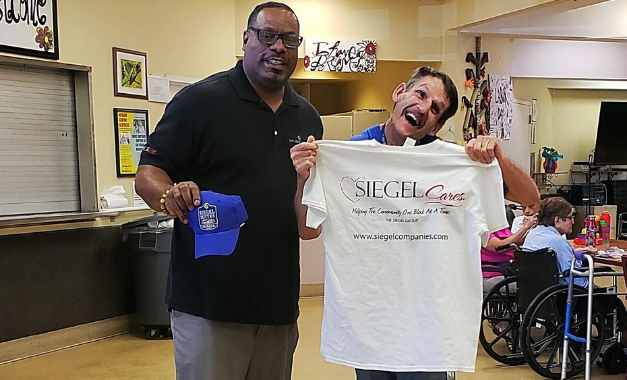 A few months ago, Siegel Cares volunteered at the Nevada Senior Services Adult Daycare Center and met David. David has a disability and is unable to walk properly without the assistance of custom, supportive shoes. Siegel Cares was so touched by David’s warmth and optimism that, on September 4th, they presented him with a pair.. read more → 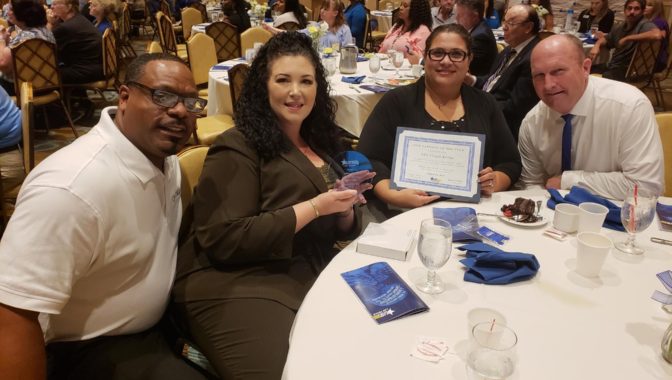 On August 23, Siegel Cares attended the 2018 Veteran Achievement & Partner Recognition Ceremony. The Siegel Group was presented with the 2018 Partner of the Year award for our continued efforts and dedication in serving those who served. Siegel Cares is a proud partner of U.S. Vets, the nation’s largest nonprofit provider of services to.. read more → 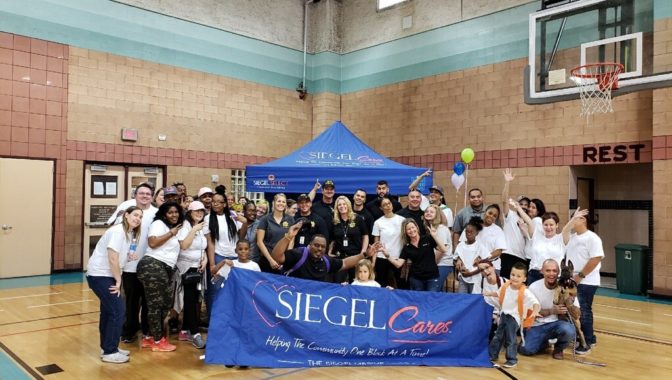 On Saturday, August 4th, Siegel Cares partnered with LVMPD (Metro) and put on a great Back to School event. Siegel Cares gave out hundreds of backpacks to children in the area. Volunteers served up hot dogs, chips, and bottled water. Metro donated shoes and socks to children and McDonalds offered face painting. It was a.. read more → 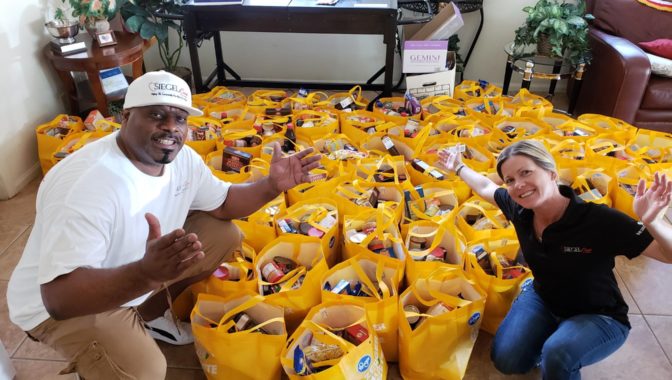 On Tuesday, July 24th, Siegel Cares volunteered at Pack the Pantry for Paralyzed Veterans of America. Volunteers put together bags of food donated by Three Square and the food is delivered to the veterans homes. Siegel Cares was proud to partner with the organization and make a difference in the lives of these veterans. read more → 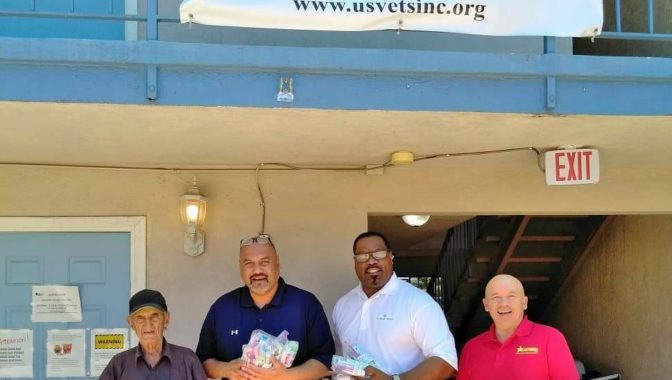 On July 6th, Siegel Cares partnered with U.S. Vets and donated hygiene kits to veterans living in permanent housing units. These kits included soap, toothpaste, and other basic necessities to better the lives of these veterans. Siegel Cares is proud to continue working with U.S. Vets and helping those who served for our country. read more → 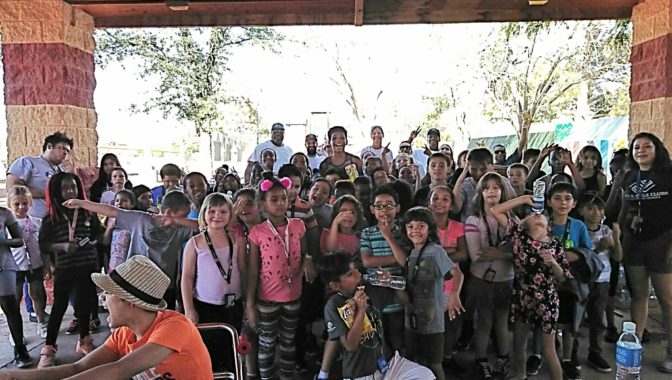 On Friday, June 29th, Siegel Cares hosted a BBQ for the Boys & Girls Club of Southern Nevada. Hotdogs, hamburgers, potato chips, and water bottles were handed out to over 200 children in attendance. These children were grateful for the delicious meal and the Siegel Cares team was happy to bring smiles to their faces. read more → 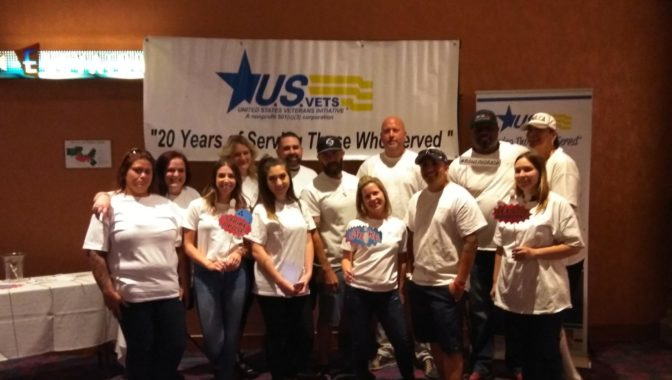 On Friday, June 8th, Siegel Cares participated in the U.S. Vets 2nd Annual “Stars & Strikes” bowling fundraiser. Siegel Cares donated to the organization and reserved multiple lanes for volunteers to bowl and celebrate our nation’s heroes. Everyone had a great time and were able to connect with U.S. Vets in a fun way. read more →

During the 2018 Stanley Cup, Siegel Cares awarded four tickets for the Vegas Golden Knights VS Washington Capitals games on May 30th and June 7th to outstanding kids and their parents. The recipients of the tickets were tenants of Las Vegas Siegel Suites. Siegel Cares was proud to give these deserving families the experience to.. read more → 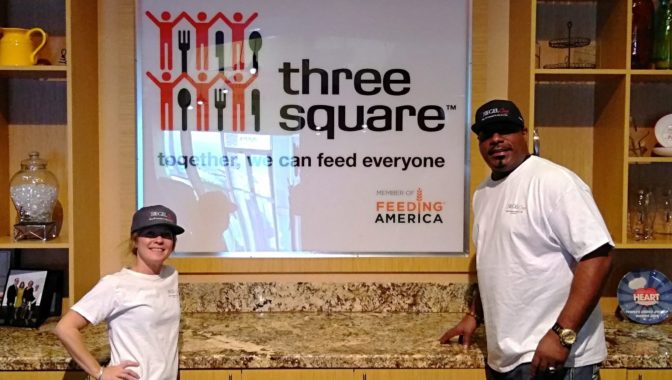 Siegel Cares participated in prepping boxes of food with Pathway from Poverty at Three Square on June 6th. Three Square provides kids with food on the weekends throughout the school year, but during the summer months these children have nowhere to get food. This project ensures that boxes of food are donates to kids who.. read more →