Over the years, The Siegel Group has engaged in numerous real estate transactions consisting of billions of dollars. The Siegel Group specializes in identifying and acquiring mismanaged and distressed assets that possess significant upside potential. Identified assets are typically mismanaged; suffering from deferred maintenance issues, below market rent, and are in need of major renovation.

The Company systematically improves properties through the establishment of a strong management team and deep infrastructure. This process results in operations being streamlined leading to increased profitability and stabilization of the asset. The Siegel Group’s extensive expertise in the areas of management, finance, marketing, branding, leasing, design, entitlements, construction, and redevelopment enable the company to elicit a quick operational turnaround on the assets it acquires.

The Siegel Group is well known among various local, county and state officials for its many past and present redevelopment projects. 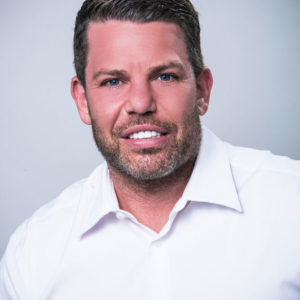 Stephen Siegel oversees the daily operations of his many affiliate companies and is responsible for identifying real estate and business development opportunities for his firm, which employs 1000+ people.

Stephen Siegel is responsible for the strategic direction of the firm, sourcing and analyzing prospective investments, and managing the firm on a day-to-day basis.

A consummate entrepreneur and self-made business man, Mr. Siegel began his business endeavors at sixteen with only a few dollars in his pocket and the passion to succeed. Years later guided by his vision, passion and determination, he has established and expanded many highly successful development projects and businesses.

Early in his career, Siegel purchased his first piece of real estate and embarked on his first solo venture founding a one-bay mechanical auto repair shop which he repositioned as an auto collision center.

Once repositioned, the venture became profitable. Siegel subsequently sold this business and utilized the proceeds to acquire a majority interest in a struggling manufacturer of children’s upholstered furniture.

He then acquired and repositioned an automotive collision repair shop that was near bankruptcy, turned it around and expanded the operations into multiple locations and established exclusive partnerships with some of Southern California’s largest car dealerships and insurance companies

During these years, he began to invest in distressed multi-family and retail properties in the Los Angeles market which he renovated and stabilized. In 2001 he founded The Siegel Group to help manage his growing aspirations and business portfolio.

As prices in Los Angeles continued to increase, Siegel turned his attention to the San Antonio, Phoenix and Las Vegas market where he began acquiring distressed retail and apartment assets in prime locations. He renovated these distressed assets and created the Siegel Suites concept in 2006, a brand of flexible-stay apartments particularly well-suited to the transient market. Siegel Suites has become the dominant provider of flexible-stay accommodations in Nevada with thousands of units.

At the same time that he fostered the growth of the Siegel Suites brand, Siegel continued to add to his Las Vegas real estate portfolio acquiring hotels, office, casino and retail properties.

Siegel’s proven track record revitalizing blighted properties and areas in which he invests while creating jobs and affordable housing options has been recognized by the City of Las Vegas and Mayor Pro Tem Gary Reese and Mayor Oscar Goodman. Goodman presented Siegel with March 2009’s Citizen of the Month Award in recognition of his many past and present redevelopment projects relating to his Las Vegas properties and his continued support of the City and its revitalization efforts.

When it comes to his business, Mr. Siegel applies philosophies of swift and thorough diligence, sound acquisitions, effective management, and intelligent operational improvement. The Siegel Group was the direct result of the combination of these philosophies.