NHLA – Stars of the Industry Awards 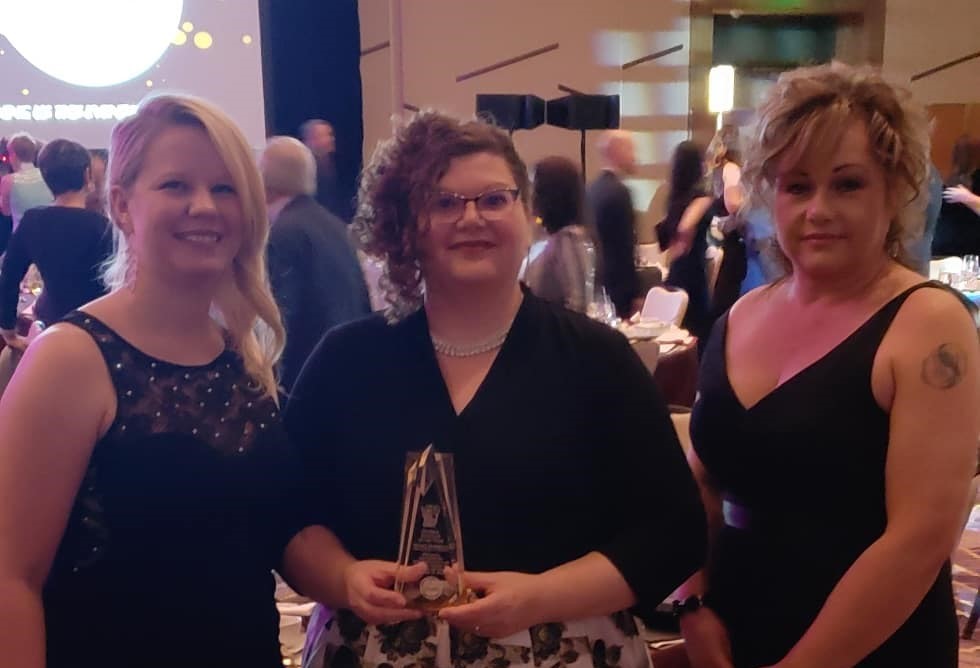 Every year, the Nevada Hotel Lodging Association holds the Stars of the Industry Awards ceremony. All hotel employees within the Las Vegas area can be nominated for an award. This year, three of our employees were nominated. Shonna McClain, a CSR at Siegel Select Las Vegas Blvd, was nominated for Front Desk Associate of the Year. Christal Harman, the Operations Support Director, was nominated for Emerging Hospitality Leader of the Year. Lastly, Nicole Marshall, the General Manager for Siegel Select Las Vegas Blvd, was nominated and won the General Manager of the Year award. Great job to those of you who were nominated. Also, a big congratulations to Nicole for winning this prestigious award!